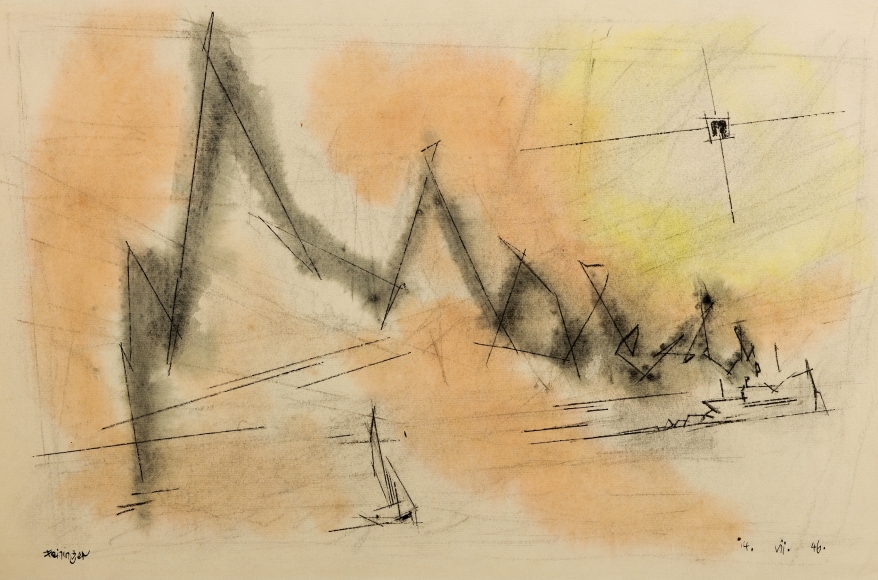 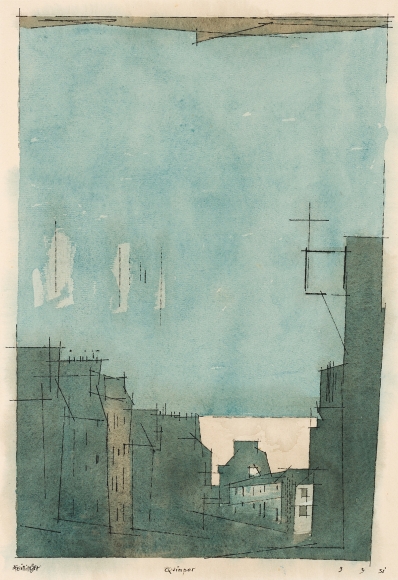 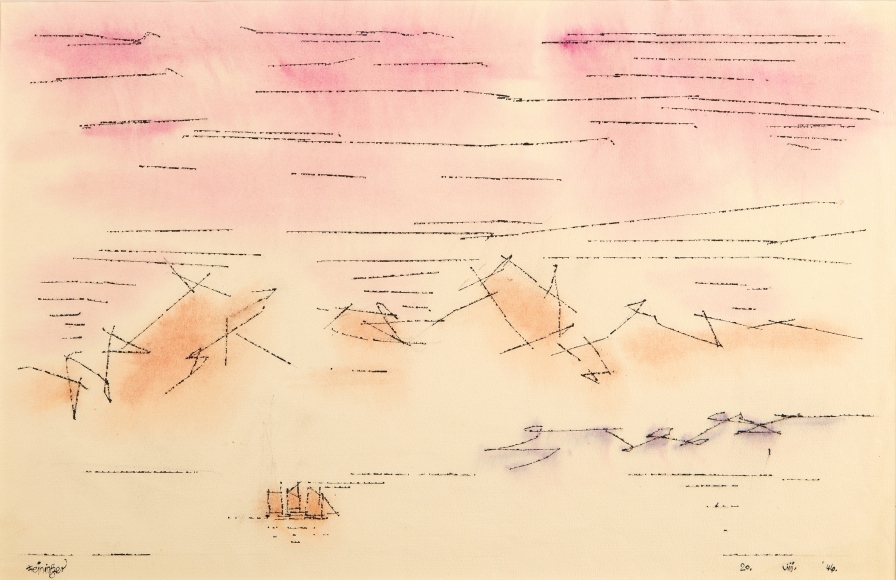 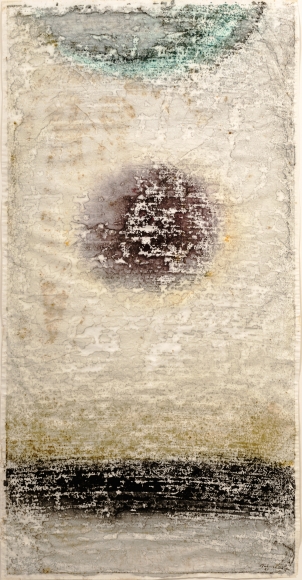 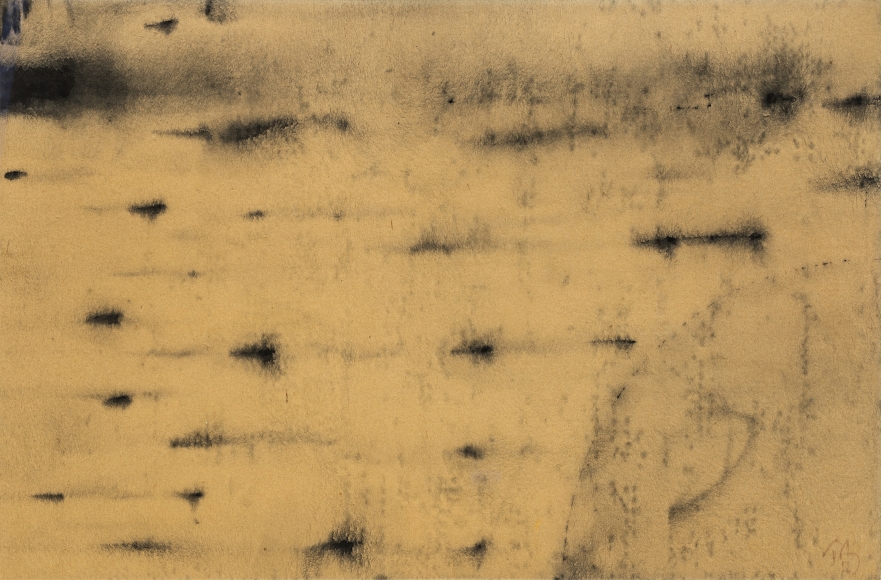 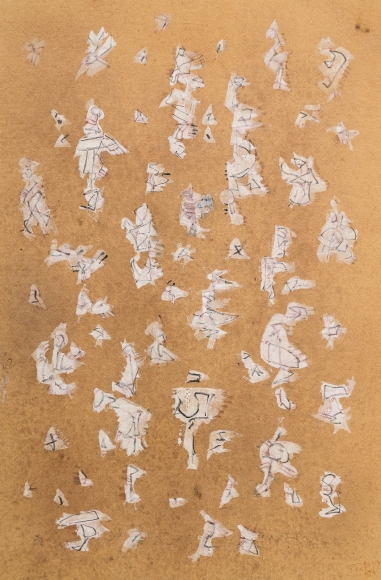 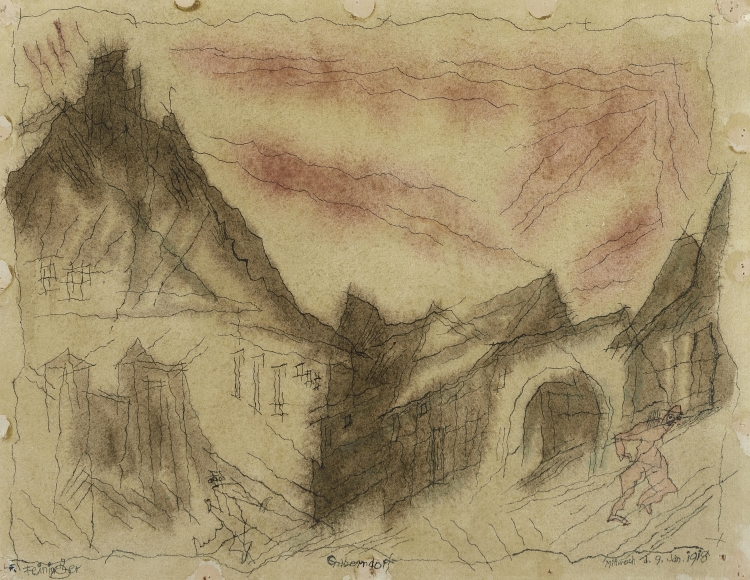 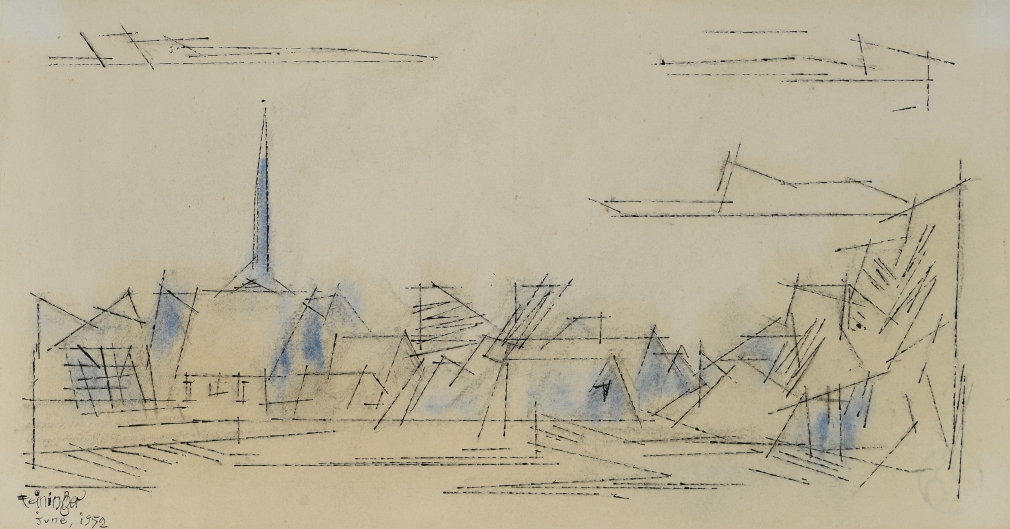 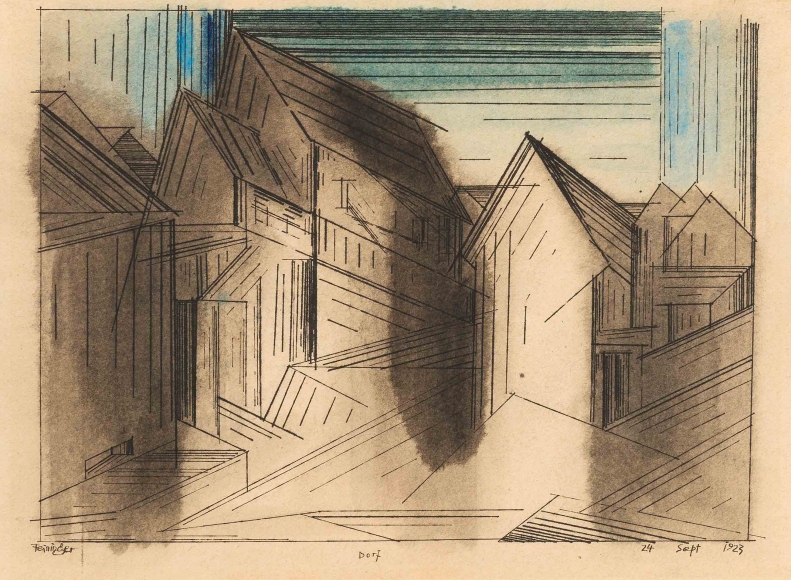 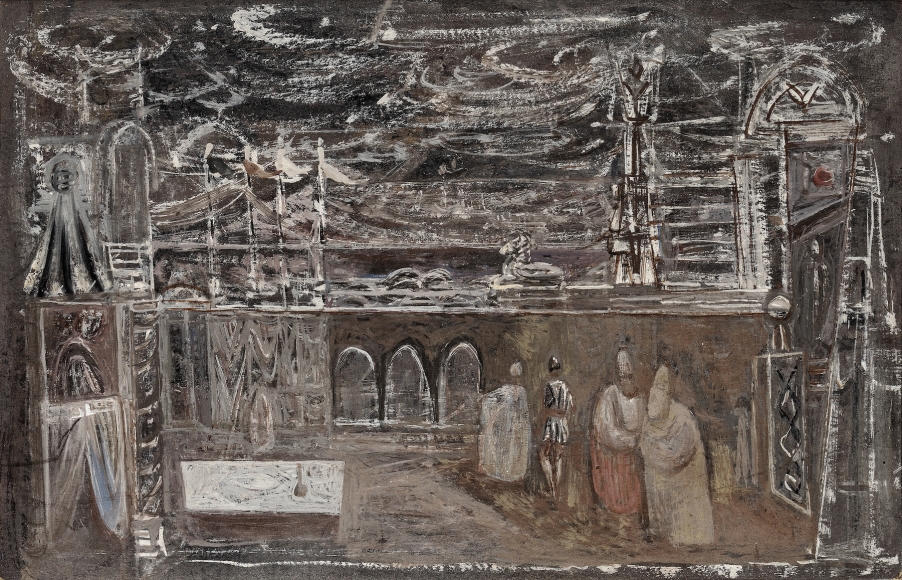 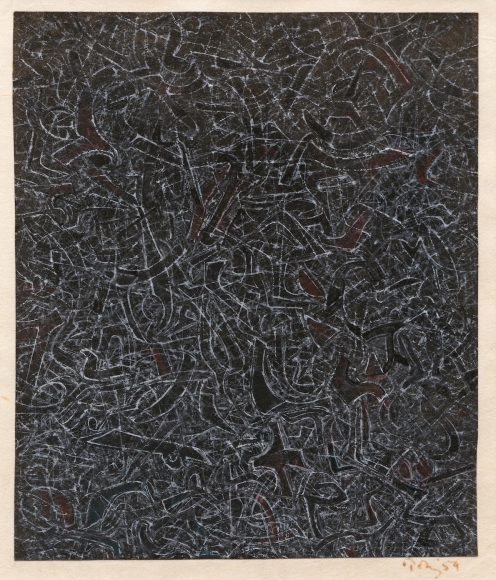 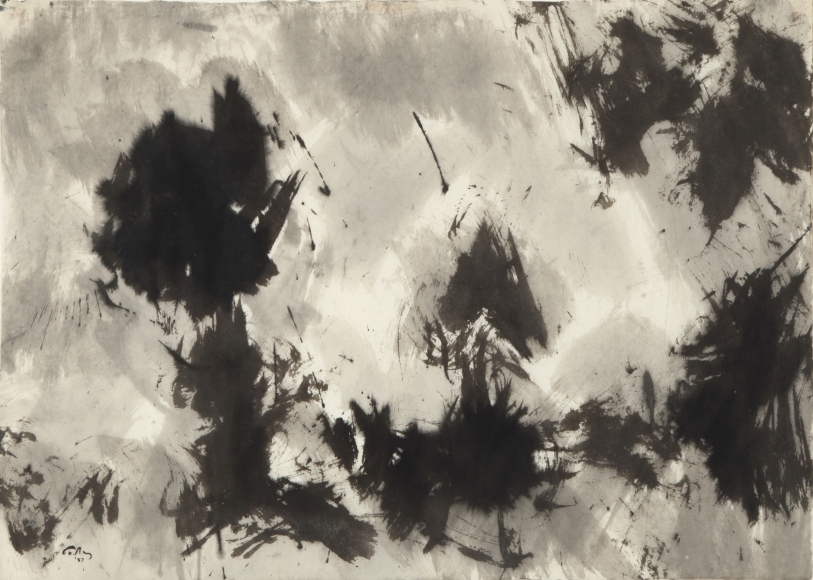 Lyonel Feininger (1871-1956) met Mark Tobey (1890-1976) in 1944 at the Willard Gallery in New York, and the two artists kept up a voluminous correspondence (Years of Friendship, 1944-1956, ed. Achim Moeller, Hatje Cantz, 2006) until Feininger's death in 1956. Although Tobey's calligraphic abstractions were worlds away from the ethereal, linear landscapes of Feininger's later years, the two found a conceptual sympathy in their work, which only deepened with their friendship. "His highly sensitive technique captures something of the fleeting values of our life," Feininger wrote for a Portland Museum of Art exhibition catalogue of Tobey's work in 1945, "it is an expression adequate for times like ours, where old-accustomed stability has given way to changed concepts of space, where boundaries are almost nonexistent, and in which the intricacies of existence overlay the fundamentals of life, and man as never before has to struggle for a way out." Tobey returned the compliment in 1954 in an essay for a Feininger exhibition catalogue at the Curt Valentin Gallery, "He does not abstract for abstraction's sake. He draws the essence from the real, reshapes and relates in color, form and line—and gives us his world wherein, if we have the willing mind, and take the time, we are rewarded by becoming more aware, and more sensitive within ourselves."